Maggie, who earned her BA and MBA at Iona and played Division I basketball, is the first woman to serve as CEO of a major American beer company. 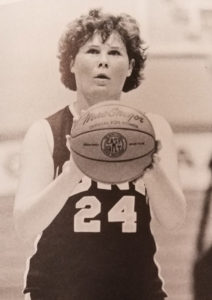 “Maggie is a competitive and energetic leader who is known for inspiring teams, operationalizing plans and mobilizing organizations to deliver business results,” Marc Busain, Heineken Americas Region President, said in the announcement. “She understands the challenges and opportunities that exist within the U.S. market and she has the right mix of strategic vision, people leadership and grit
to ignite future growth for Heineken USA.”

Maggie joined Heineken in 1998 and rose to the role of director of Heineken Canada in 2006. In 2010, she was appointed senior vice president of Human Resources. For the last five years, she has served as CEO of Heineken Ireland.

Maggie will be moving back to the U.S. with her family and taking over as CEO on September 1.